Schools are missing out on billions that should have been delivered this year and next year.

2018 should have been a year of celebration for our schools. The start of the biggest investment in schools in decades. Needs-based funding started in 2014 after the independent “Gonski review” warned too many children were missing out due to lack of resources. These reforms were delivering:

So what is
the problem?

Public schools are missing out on billions that should have been delivered in 2018 and 2019.

In five states and territories that money was set out in signed agreements. The Parliamentary Budget Office said public schools are $1.9 billion worse off under the Liberal-National government's plan than the arrangements that were previously in place.

See all the facts on the Coalition's record on school funding.

Every child has a right to a quality education and the opportunity to learn and fair funding for public schools is the best way to help them get it.  We are calling on all political parties to support the following:

As the alternative government, Labor has pledged to reverse the $14 billion of public school cuts and stop kids missing out.

Check out how much extra funding Labor has promised your school at this website. The Australian Labor Party has pledged to reverse the Scott Morrison Liberal-National Government cuts to public schools and make the largest investment ever into our public schools. Labor's promise of $14 billion extra over the next 10 years ($3.3 billion from 2020-2022) for public schools will mean smaller class sizes, more one-on-one support, additional teachers and support staff, and more support for children with disability. 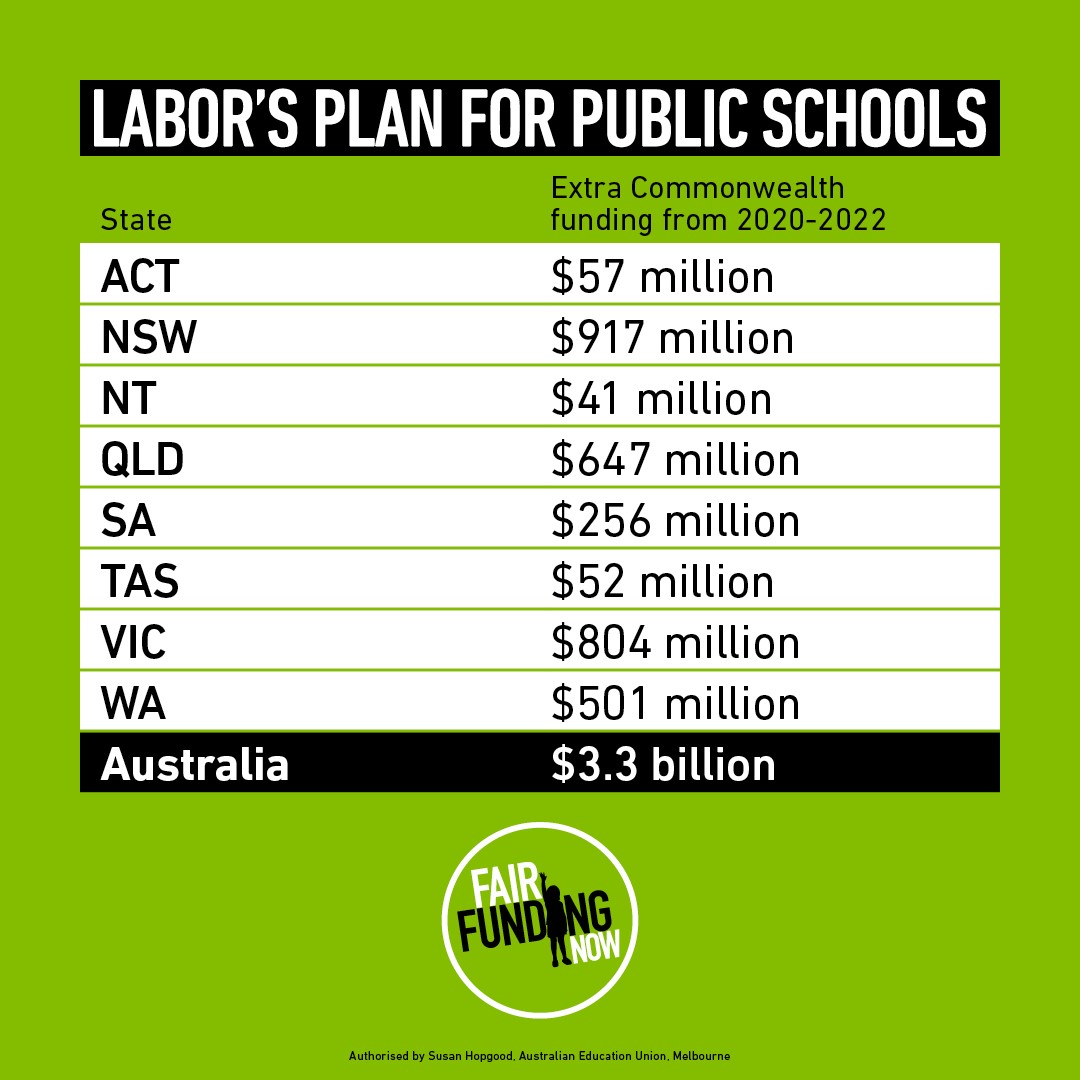 The Greens party policy is available here. The Greens have pledged $20.5 billion in additional funds over the next ten years. Every public school will reach 100% of their Schooling Resource Standard funding needs by 2023. They have also said they will guarantee $320 million of capital funding a year to public schools and work to reverse cuts to funding for students with disability.