Taranganba State School Principal Susan Beatty would invest any extra public school funding on extra teachers to ensure that every single student received the support they need to succeed in the classroom. 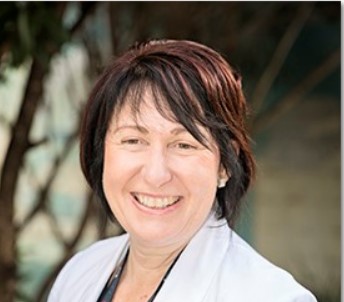 Taranganba State School, in the Queensland town of Yeppoon, stands to receive an extra $740,000 in funding as its share of Labor’s election commitment to invest an additional $3.3 billion into public schools in its first three years of government.

Ms Beatty said that the majority of extra funding that Taranganba SS had previously received had been spent to great effect on employing additional teacher aides for reading.

“Teachers do all the preparation around the reading materials and what they want to work on, but the teacher aides are actually delivering a very clear structured program with the students,” Ms Beatty said.

“It means that they're listening to four or five children read instead of trying to have much bigger guided reading groups.”

“Each week the reading program is very structured,” Ms Beatty said. “The teacher aides get professional development and they have a routine that they work through each day with the students.”

Ms Beatty said the reading program had made a big difference to the students.

“From a qualitative point of view the students are really engaged in the reading time,” Ms Beatty said. “Working in smaller groups with teacher aides means that there is time for more support and individual focus for the students. It certainly makes a big difference.”

Taranganba State School was founded in 1992 and currently has about 750 students. The school has a number of facilities including an innovative digital teaching and learning centre, along with a Performing Arts Centre.

Ms Beattie said any additional funding Taranganba SS received as the result of Labor being elected to government at the next federal election would help teachers build their capabilities to adjust teaching methods and curriculum from student to student. She said the school would also hire additional engagement coaches to provide support for students in the classroom.

“Having engagement coaches provides the teachers with someone on the spot to support them and give them some advice about working with students,” Ms Beatty said.

“It's about monitoring student data more often so that the school can make the right impact for all children as well.”

“And it's more support for teachers in classroom, whether it be through some additional teacher aide time to support particular children to do things, or additional co-teaching, co-planning work and an engagement coach as well,” Ms Beatty said.

“Teachers need to have the time and space to actually be able to work at how they can do that. That's where the capability needs to be built in for them,” Ms Beatty said.

“The school wants more staffing so that teachers can make sure that they have professional collaboration time on the job,” Ms Beatty said.