Part 1. Educators, parents and community supporters across Australia are working tirelessly on the Fair Funding Now! campaign. Five activists tell us what drives them. 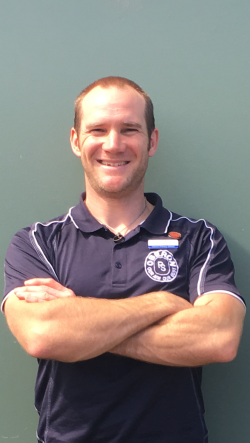 Henry Crofts has been active in the AEU since he joined as a graduate in 2008. He was dismayed by what he saw while teaching in the United Kingdom for three years and is worried Australia is headed down the same path.

“I’ve worked predominantly in schools with lower socioeconomic demographics, in which existing
funding models punish the children through a general lack of funding.

“There’s still a discrepancy between the haves and the have nots, which creates an inequitable playing field for students who are victims of circumstance. They don’t get to choose how much money their parents earn, or the postcodes that they live in.

“Through the Fair Funding Now! campaign I’ve been involved in a lot of activities, from chatting on local radio to travelling to Canberra to lobby our local Federal MP Sarah Henderson, the Liberal member for Corangamite. She refused to meet us, but Adam Bandt, the Greens member for Melbourne, was quite receptive.

“At the local level, I talk about the Change the Rules and Fair Funding Now! campaigns to parents out the front of the school, or chat to people at train stations. I do door-knocking as well, when I’ve got time.

“It pays to be as active as possible because you meet like-minded people. Teachers tend to be passive and avoid conflict, because they’re nurturing sorts of people. And as a profession, they put up with a lot and just seem to take it on the chin.

“But any little conversations I can have about investing in education makes a difference. And being an active union member is about trying to protect the enjoyment of my employment because the job gets more demanding every year, and you’re expected to do more with less.

“At my school, for example, the equity funding we received last year was used for speech pathology and early literacy intervention. It makes a difference to children with learning difficulties or those who fall between the gaps and sometimes need extra support, because they’re more literate by the time they get to the older year levels.

“With projected funding we could employ two more people to provide literacy intervention or speech pathology services for incoming preps. But cuts mean we’ve had to halve (and halve again) access to those services. It’s now at a point where I can’t offer students the support they need. It’s so valuable, and it’s heartbreaking to tell a parent that the service their child had last year isn’t available anymore.”