The Fair Funding Now! Van Tour was launched yesterday with a synchronised rollout across four states. 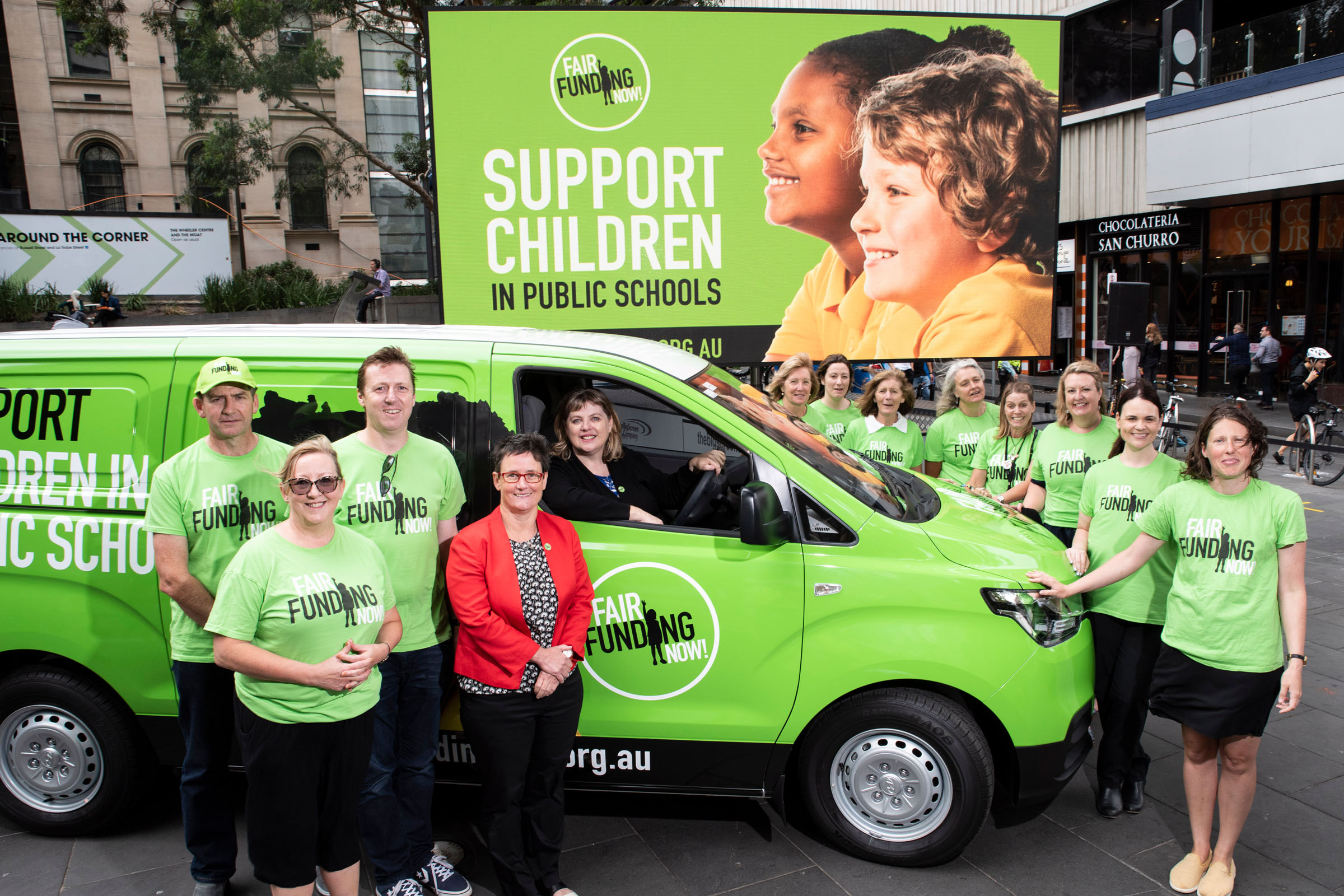 The launch was a national event, with simultaneous unveilings in Sydney, Brisbane and Perth which were broadcast live to an enthusiastic Melbourne crowd via a huge video screen, as well as to an online audience via Facebook Live.

The fleet of ten FFN! branded vans is the next stage of the Fair Funding Now! campaign. In the coming months teams in each van will engage with school staff and parents in local communities to deliver a strong message about the clear choice for electing a government that puts their local public schools and students first.

The tour will see campaign teams visit electorates in NSW, Queensland, Victoria, Western Australia, South Australia and Tasmania in the lead up to the federal election.

AEU Federal President Correna Haythorpe spoke at the launch about the importance of reversing the $14 billion cuts made by the Morrison government to public school funding. She also spoke of the determination of the Fair Funding Now! campaign to make the federal election the ‘education election’ and welcomed the promise by the ALP to restore the $14 billion cut from public schools.

ACTU Secretary Sally McManus and President Michele O’Neil told the crowd that the fight for the fair funding of public schools was an important element of the ‘Change the Rules’ campaign and had the full support of the Australian union movement.

To find out more about the Van Tour, or to get involved with the campaign and help spread the fair funding message, click here: http://www.fairfundingnow.org.au/backtoschool